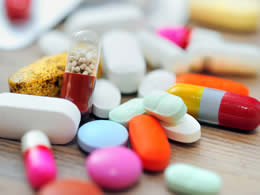 Stress: Medication for Stress and Anxiety

What is Stress and Anxiety?

The unpleasant emotional state consisting of psychophysiological responses to anticipation of unreal or imagined danger, ostensibly resulting from unrecognised intrapsychic conflict. Approximately 75% of patients respond to the initial low dose of antianxiety medication.

What are the Consequences of Stress

Who takes Medication for Stress


Last year, 85 million prescriptions were filled for the top 20 antianxiety drugs, also called sedative hypnotics, despite being some of the most addictive mind-altering drugs in the world. Many people rely on these medications to get through the day. If you are one of these people, or have a friend or loved one who is, you need the information in this article.

Be careful, significant danger of overdose


There is also a significant danger of overdose. Last year, overdoses in the US involving a type of antianxiety drug called benzodiazepines rose 19%. British coroners’ reports showed each year these drugs contribute to unnatural death more frequently than cocaine, heroin, ecstasy and all other illegal drugs.


Unlike medical drugs, which commonly may prevent or cure disease or improve health, psychiatric drugs are only designed to suppress symptoms that return once the drug wears off.

Drugs Associated with Stress and Anxiety

The following drugs and medications are in some way related to, or used in the treatment of this condition. Approximately 75% of patients respond to the initial low dose of antianxiety medication. The list of main drugs prescribed by the doctor against the stress are:

What are Stress Drugs or Benzodiazepines?


They were initially hailed as a medical breakthrough. The first of this class of drugs was Miltown, which was eventually discovered to be highly addictive. Then came Valium, praised by psychiatrists as a safe alternative, but soon revealed as having strong addictive qualities of its own.

Nevertheless, psychiatrists kept on prescribing these drugs in volume. In 2005, another benzodiazepine, Xanax, was the fourth most prescribed drug in America.

Benzodiazepines commonly do one or more of the following things to a person: induce a hypnotic state, relax muscles, stop convulsions or cause mild memory loss. They also act as sedatives on the nervous system, so they usually make people sleepy. That is why doctors warn you not drive while taking them.

Today, at least 20 million people worldwide are prescribed these “minor tranquilizers.” Meanwhile, Western European and North American countries are facing epidemic levels of citizens hooked on these drugs.6 And while benzodiazepines are a disaster in terms of the public health, pharmaceutical companies rake in a whopping $21 (€ 14 billion) billion a year selling them.

How do Antistress Drugs Work?

Drugs mask the problem; they don’t solve the cause

These drugs work by influencing the normal functions of the body: they speed them up, slow them down, dam them up or overwhelm them. This is why you get side effects with psychiatric drugs.

The Side Effects of Stress Medication

No medication is 100 percent risk-free. Unlike medical drugs, which commonly may prevent or cure disease or improve health, psychiatric drugs are only designed to suppress symptoms that return once the drug wears off.

The side effects of benzodiazepines:

Of course, the users can have side effects. In fact, an estimated 60% of people taking antistress drugs become addicted and suffer adverse reactions to the drugs, such as extreme anger and hostile behavior. The elderly face even greater risks, with increased risk of falls and motor vehicle crashes. A British website on benzodiazepines reports that 40% of drivers of motor vehicles found to be impaired or killed in accidents, had prescription drugs in their systems—predominantly tranquilizers and sleeping pills.

How to Take your Antistress Medication ?

Don't stop taking your medication, change your dosage or add any kind of medication without first talking with your doctor. Treatment should continue for at least 6 – 24 months after remission has occurred, in order to reduce the risk of relapse, and may be stopped only if all, or almost all, symptoms disappear.

Stress problems can be resolved, and thankfully so. Many medical experts agree that underlying physical illness could well explain emotional distress. All patients should first see a non-psychiatric medical doctor, especially one who is familiar with nutritional needs, who should obtain and review a thorough medical history and conduct a complete physical exam, ruling out all the possible problems that might cause the person’s symptoms.
﻿ 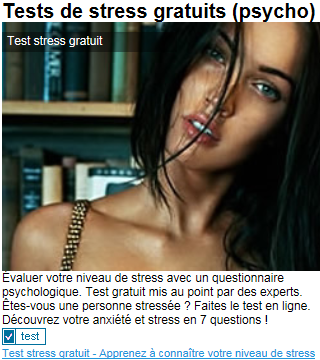 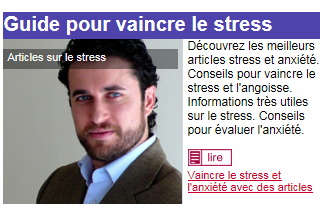 Help your friends and family to know themselves better. Share this page, they will appreciate it... and all thanks to you! 100% stress advices and free tests :-)